Want to share what was unique about your experience at Summit Studios? Contact us or leave a review on Yelp!

Here’s just a few of the Summit Studios stories from some of the students that we’ve worked with over the years.

Summit Studios gave me the solid foundation that made me the touring musician and artist I am today. The rock band jam program was the catalyst that made me want to rock out on stage, perform with a band and really made me understand song structure while getting me out in front of audiences. Since Summit, I have since gone on to perform all around the world as both a solo artist and hired musician including Broadway. Every gig I book, I’m using the skills I first learned at Summit Studios and am always prepared for anything. Taking lessons and Rock Band Jam was definitely the best thing I could have done for my career, I love everyone there and owe much of my success to the Summit Studios family! 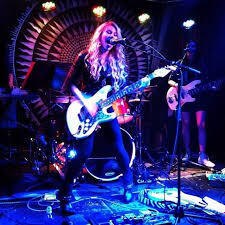 Ariel Bellvalaire
Windsor, CT
No other performing arts studio can rival the quality and variety of training that Summit Studios has to offer! Over the course of four years, I took private voice, piano/theory, and acting lessons, and I also participated in musical theater and audition workshops. Summit Studios provided me with a solid technical foundation and also gave me the confidence to pursue a career in music, which includes full scholarship undergraduate and graduate degrees in Voice/Opera Performance, awards from the Metropolitan Opera National Council Auditions, and professional work with companies such as the Ohio Light Opera, Wolf Trap Opera, Seattle Opera, and Santa Fe Opera. I had never even heard opera before studying at Summit Studios, but my knowledgeable teacher heard potential in my voice and steered me in the best possible direction. I am now enjoying a career as a young professional opera singer largely because of the musical education and mentoring that I received at Summit Studios!

Amanda Ramos
Manchester, CT
I was a student at Summit Studios for over 7 years, studying voice, piano, dance, and acting. The talented instructors at Summit prepared me for many leading roles in local theaters throughout Connecticut during my time as a student. I have continued on to act in various feature films and television shows, and am an active member of the Screen Actors’ Guild. The “triple threat” training I received at Summit also helped me successfully start my professional career as a leading Entertainment cast member at The Walt Disney Company in Orlando, FL. The staff and faculty at Summit are top notch, and without their expert training, I would not be where I am today! 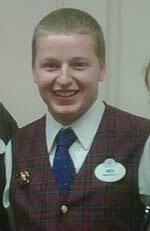 Wes Aleria
Manchester, CT
I started taking trombone lessons at Summit when I was 8 and I’ve been going every week since. The level of instruction I receive on a weekly basis is superior. My teacher does everything she can to help improve my overall musicianship, pushes me to accept challenges, and sets a high standard for my playing. From a young age, Summit has given me performance opportunities at annual showcases and recitals. Although I didn’t appreciate them at the time, rather, feared and dreaded them, I know that if I weren’t given the chance to ‘face my fear’ early on I wouldn’t have been able to get where I am in music now. I have auditioned and played with the Connecticut Northern Region Middle School Band (07 and 08) and well as the Eastern Region High School Band (10 and 11) and I’m currently preparing for the All State Band. In addition to that I also auditioned and was accepted to march with Macy’s Great American Marching Band (08, 09, 10). I attribute all of these accomplishments to the nurturing environment and outstanding instruction of Summit Studios. 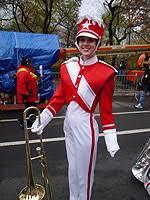 Kathleen McHugh
Manchester, CT
Summit Studios has given us incredibly talented and capable instructors, accommodating scheduling, wonderful showcases for students to share their talents, fantastic student support – simply a One Stop Shop for all our musical training needs

Our professional staff of teaching artists create a stimulating and nurturing atmosphere in which individuals may find their own unique instrument within.

“No other performing arts studio can rival the quality and variety of training that Summit Studios has to offer!”

Register today for lessons, classes and workshops. Enrollment is ongoing throughout the year! Call our friendly staff or visit us in-person at Summit Studios.